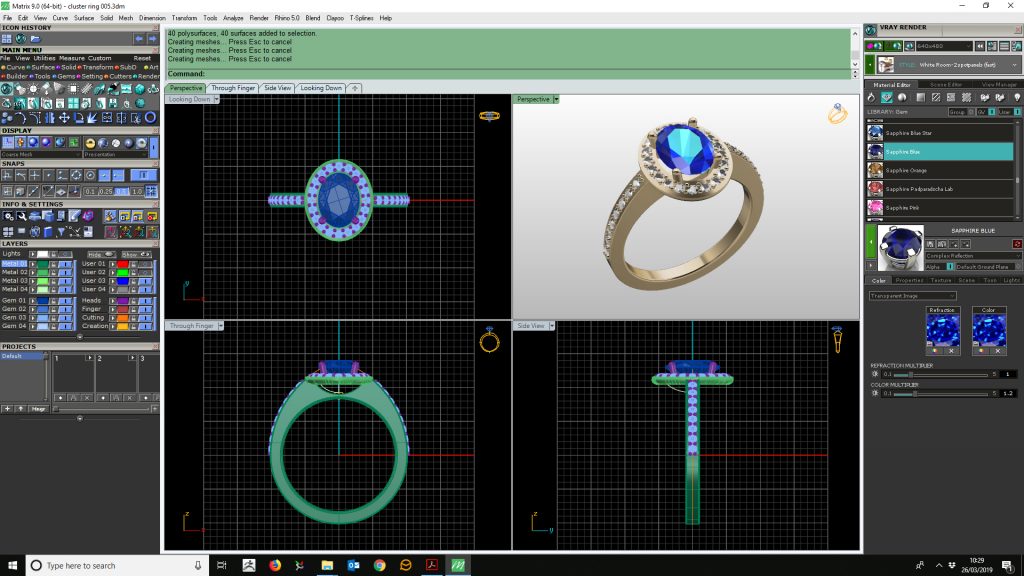 Up until August 2019, Matrix 9 was the flagship product of Gemvision (a subsidiary of Stuller). It was a jewellery-specific CAD suite based upon Rhino CAD software’s same core engine, but rebuilt from the ground up to make it as easy and efficient as possible for fine jewellers.

In addition to offering all the advantages of Rhino, Matrix has a whole series of additional builders and special tools for making all the repetitive and painstaking tasks of jewellery design (such as pave and prong settings) fast and easy. Thanks to all these additional tools, Matrix will get you designing for production amazingly quickly.

One disadvantage Matrix has always had has been speed of loading. It’s an awfully big program, and the loading time never lets you forget that.

There’s more to it than just that. Contact me to discuss the advantages of Matrix relative to other jewellery CAD programs, and whether Matrix is the best jewellery CAD software package for you.

If this whets your appetite for learning more about how to use Matrix 9 for your CAD jewellery design and manufacturing, I can provide you with two options:

If you’re looking for more information on purchasing the software, contact the UK distributor for all Gemvision/Stuller products: GVUK Design.