This is a question which seems to come up mainly among advanced students or those already experienced with using CAD for jewellery, but I do get the occasional person who has just been to a trade show and seen the latest 3D scanning machine released onto the market. Either way I reckon this is a good question to answer next, as it ties in with several other FAQ articles I’ve written previously for this site.

It seems for the past 10 years 3D scanners have been improving rapidly in terms of scanning resolution, scanned mesh quality, assembly of data, ease of use, and efficiency of file sizes (otherwise known as decimation to those who work with the machines).

You’ll even see salesmen and technicians at trade shows demonstrating how easy it is to 3D scan a ceramic or plastic part or a visitor’s face, import it straight into their program, and manipulate the mesh form in full colour.

So why doesn’t this scanning device work the same way with jewellery?

Well, it kind of does, but not at all in the way you would expect, and as of the date this article was written 3D scanning still faces some serious technical limitations. To answer this question fully, I’ll have to answer the question in three parts: the differences between the various CAD geometry types used by 3D modelling software packages, the problems with model conversion, and the technical limitations of the 3D scanners themselves.

Not counting gimmicks and fancy proprietary names for the same architectures, you can break down CAD models into one of three basic CAD geometry types: 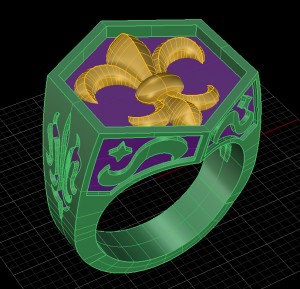 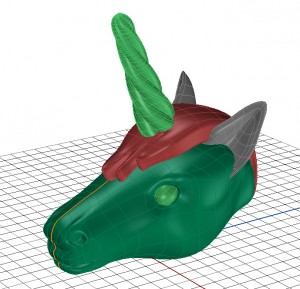 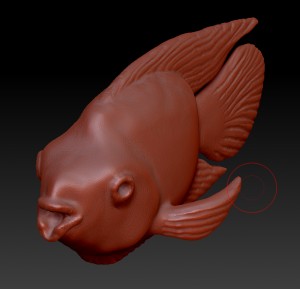 Parametric modelling and Direct 3D modelling would also fall within these categories, usually as a variation of either NURBS surfaces or Solid modelling.

The reason why all of these different CAD geometry types exist is because each one has its specific areas of efficiency and specific purposes. I’ve made a separate article dedicated to just discussing the advantages of different CAD software packages.

The problem with CAD model conversion is these three different geometry types are all mutually exclusive, and we start running into all sorts of difficulties when we try to converting back and forth between the three various geometry types.

The most commonly requested conversion has always been from NURBS or subdivision into meshes, mostly because meshes are the simplest format in which a 3D object can be stored as well as the standard file format for Rapid Prototyping machines. Over the decades countless conversion algorithms have been developed to make this one-way conversion efficient, even if no conversion ever gave 100% precision.

Going the other way from mesh back to the other model types, however, is much harder. This is partially due to meshes not really recognising edges of objects the same way as NURBS surfaces do, and partially due to the fact that mesh faces cannot be anything other than flat facets.

Steps have been taken by various developers to make this conversion easier within software. The whole field of reverse engineering developed around the prospect of having to convert meshes back into NURBS. Many years were wasted on finding an efficient way of making this conversion. That all changed a few years ago when the developers of subdivisional modelling tools came up with something called Retropology.

Retropology tools are designed to help map subdivision surfaces to mesh skins by quite simply letting designers apply the new flexible surface facets one by one onto the mesh skin. Programs like T-Splines and Zbrush have since included retropology tools in their software to allow the manual creation of subdivision surfaces based on a mesh which can then be converted into a more easily editable form.

The ultimate goal of these retropology tools (and part of the reason for their development) was to make it possible to take a 3D scanned mesh and convert it cleanly into a workable surface in NURBS. However, even with these tools it’s still not quite that easy.

This brings me to the limitations of 3D scanning hardware.

In spite of all the progress made on 3D scanners, three major problems with 3D scanners remain before they become useful for jewellery CAD:

The result of all three of these problems together is that we tend to end up with 3D scanned ring objects which can often not have the resolution or model integrity to be usable even for retropology, let alone 3D printing.

So Why Bother With 3D Scanning For Jewellery Then?

As it happens, even with the limitations we’re currently facing, there are still many good uses for 3D scanners, such as:

Even if we cannot yet efficiently use 3D scanned data for 3D printing as it is, we can still use that data as the start for building another design.

With that in mind, I present a list of 3D scanners I’ve confirmed as being designed specifically for scanning jewellery-sized objects:

In addition to the above, there are several other scanners which claim to have the resolution to be able to work on jewellery size objects, and I’ve also seen being used for that purpose as well:

It seems so many engineers see so much promise in 3D scanning that it will surely continue to develop rapidly, and I suspect it is only a matter of time before what I’ve written here will need to be updated again as the technology matures. In the past two years 3D scanning technology has been refined to the point where it has become affordable enough for general small scale use by jewellers or hobbyists, and we’re already starting to see desktop 3D scanners become cheap enough for hobbyists as well. Who knows what we’ll see in another two years?

20 January, 2021
2 Comments
Introducing my Rhino 3D CAD Rendering Comparison Test! Come and see my first round of comparative test results, as well as the rules for the remaining tests.
READ MORE

Whatever Happened to ArtCAM Jewelsmith? CarveCo and the Next Generation of Relief Modelling CAD and CNC Tools

6 April, 2020
2 Comments
A year and a half ago, ArtCAM Jewelsmith was discontinued by Autodesk. Find out a bit more about its successor CarveCo, and the other 2.5D relief CAD modelling software packages out there.
READ MORE