The concept of technology size and cost shrinking year upon year is not a new one, but it is particularly interesting to note how much activity is happening right now with 3D printers. It seems many different companies are now competing to be the first to make a viable small office 3D printer, priced as if it were a home appliance.

From this fray, I introduce the OtherMill 3-Axis CNC mill. 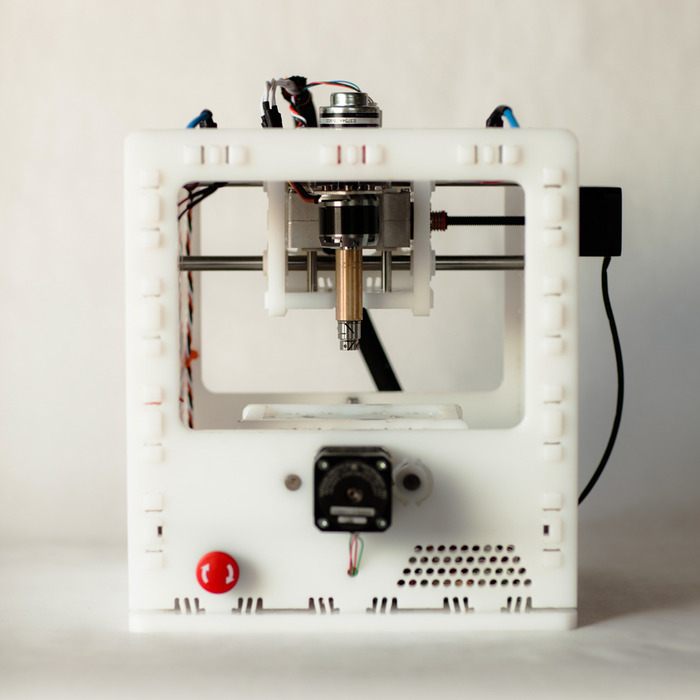 Currently in their last week of Kickstarter Crowdfunding, this company seems to be a standout among its contemporaries in two big ways:

First, it’s one of the simplest and most portable CNC engraving machines released to date for public use. Designed specifically to target home users, its simplicity of use is quite impressive, and it comes ready to run straight out of the box. It can be used to create your own custom circuit-boards — and for milling decorative or functional shapes from “metal, wood, wax, and plastic.”

Second, if they reach a sufficiently high crowdfunding goal, they will commit themselves to their original goal of “reviving the shop class for the 21st Century”, dedicating resources to teachers to this purpose.

If this is the calibre of technology already being offered to the home market, then we’re in for some very exciting times very soon. It’s only a matter of time before ordering and printing your own plastic accessories at home becomes a reality.