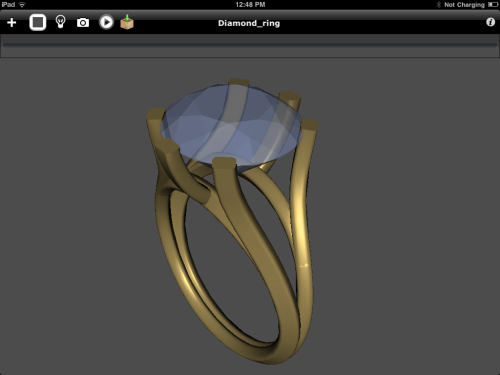 Every so often, a question comes up among my students and colleagues: It seems, with the explosion in innovation in tablet PC’s and iPad apps, there appears to be at least one app out there for just about everything. Yet, while there are several apps for viewing or manipulating already made CAD models, still more apps for making 2D designs in CAD, and more than a few people who see the potential for using CAD tools on a handheld device, there isn’t much in the way of CAD modelling apps for the iPad or other tablet computers, for jewellery or any other purpose. Why is this?

I thought about this when the question was asked again the other day, and I’ve done my best to come up with some reasons why:

There Are Solutions Out There, But… 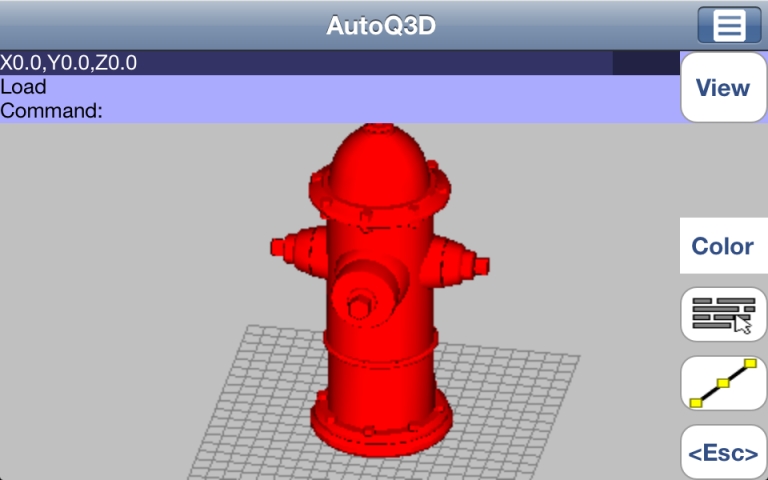 As it happens, there is now a recently developed CAD solution for iPhone and
Android called AutoQ3D. It’s rudimentary, and it has a ways to go before reaching the efficiency of CAD modelling on a Mac or PC, but it seems a step in the right direction. See for yourself in this sample video.

There are also developers experimenting with interesting and creative uses of the touch screen user interface to mould shapes in 3D. Again, this is very limited and seems to require a laptop as well.

CAD software developers have also tried to make a jewellery-specific CAD program for the iPad. The reason why you haven’t heard about it is because it failed commercially, and the app was withdrawn.

The reasons why this app failed, however, are rather interesting, and quite telling as to why it has proven so difficult to build a successful 3D CAD modelling app for a tablet.

Which Mouse Volunteers To Put the Bell on the Cat?

While this may come as some surprise, the first reason why I believe this app failed is because of the effort required to make the app’s functionality work. While it’s easy to say “we should make an app for designing 3D models on an iPad”, the execution would prove to be far more difficult, even more so than making an app for a desktop PC. While the performance issues we might have had in the past with running 3D on such a small machine have long since been overcome, and there are certainly many successful examples out there of elegant design tools which didn’t require that many buttons or tools to work, the problem is putting the time into coding such a program.

It’s very easy to underestimate how hard developing an effective user interface can be. If the interface is intended for design software, it is doubly hard to make it elegant and efficient. If you also consider that the market for 3D CAD modelling apps on an iPad is relatively untested as compared to other types of apps, the potential return on investment reduces still further, to the point where most developers would reconsider whether it’s even worth the trouble.

As in Aesop’s fable “Belling the Cat”, all the mice agree that it is a good idea to add a bell onto the cat, but no mouse will volunteer themselves to actually do so. No mouse was willing to take the personal risk, even though the entire community would benefit.

A Better Way of Working on an iPad

The second reason why this app failed is down to the limitations of the interface. While the iPad is a beautiful demonstration of user interface elegance, it has serious limitations in one key area: control. As any individual of advanced age (or bad circulation) can tell you, the iPad isn’t as sensitive to touch as you may think. As it relies on sensors for body heat to determine position of the cursor, if your fingers aren’t hot enough, the cursor’s movement will be sluggish or even unresponsive.

There have been clever solutions to this problem suggested though (gloves with coated fingertips, or even bringing back the use of a pen for touch screens), but both of these appeared long after the jewellery CAD app’s developers had discontinued the app. Perhaps the next generation of tablet CAD will be able to take advantage of these.

A CAD Tool For the Working Man?

But it does leave the question as to why the iPad and similar touch screen technology was made in the first place. While many technology pundits have their own theories to explain the popularity of the iPad, I hold with those who believe that the iPad was made to intentionally lower the bar for computer literacy for the general public. Everything that could be done to a user interface to make it as simple and naturally intuitive as possible with existing technology was done. Tablet computer success seems to have hinged on tapping an entirely new market of casual computer users (with lower levels of computer experience), and this market has been large enough to even force Microsoft to release a concession operating system (Windows 8) for this same market, cutting short the shelf life of Windows 7.

Bearing this in mind, this brings me to the third reason why I believe the app failed—it wasn’t suited to the iPad’s market.

CAD by its very nature is not a casual hobby, especially if the CAD model’s ultimate purpose is for some functional use. Most previous attempts to make CAD modelling tools into a toy have fallen into niche markets at best. That’s not to say it cannot be done, though. But it would require solving all the problems above plus an additional one:

Due to the iPad’s intentional design as a simple tool, the file transfer tools lack transparency and control, making transferring files to and from an iPad an awkward experience at best. Just ask anyone who’s ever tried to backup the software on their iPad or iPhone through iTunes. While this hasn’t proven an issue for simpler files like text or even images (I reckon mostly because mobile phone users are already accustomed to picture text messages and synching their tablet with a PC or Mac), sending larger and more complex files proves a time-consuming problem, inefficient enough to scare away most casual users. 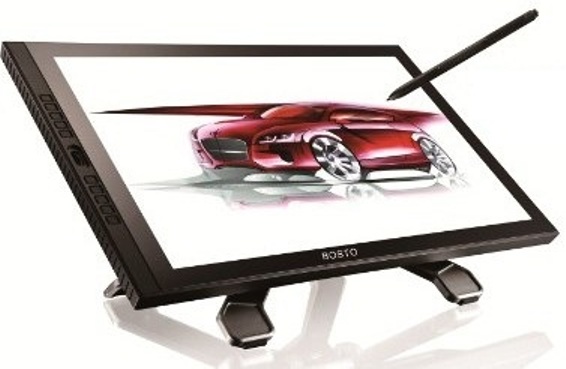 In a previous article I mentioned a big industry-wide push last fall towards tablet computing. As tablet computing has come into the market at so many different levels, it is only a matter of time before tablet technology and 3D modelling finally meet in a commercially successful way. We’ve already seen a shape of things to come in some of the newest generation of combination pen tablet displays. If 3D CAD on a portable tablet can be as powerful and elegant as working on one of these desktop pen tablets, then design tools will never be the same again.

Who knows? Maybe the next generation (or even release) of AutoQ3D may be a killer app…