Dispatches From the 2013 3D Printshow 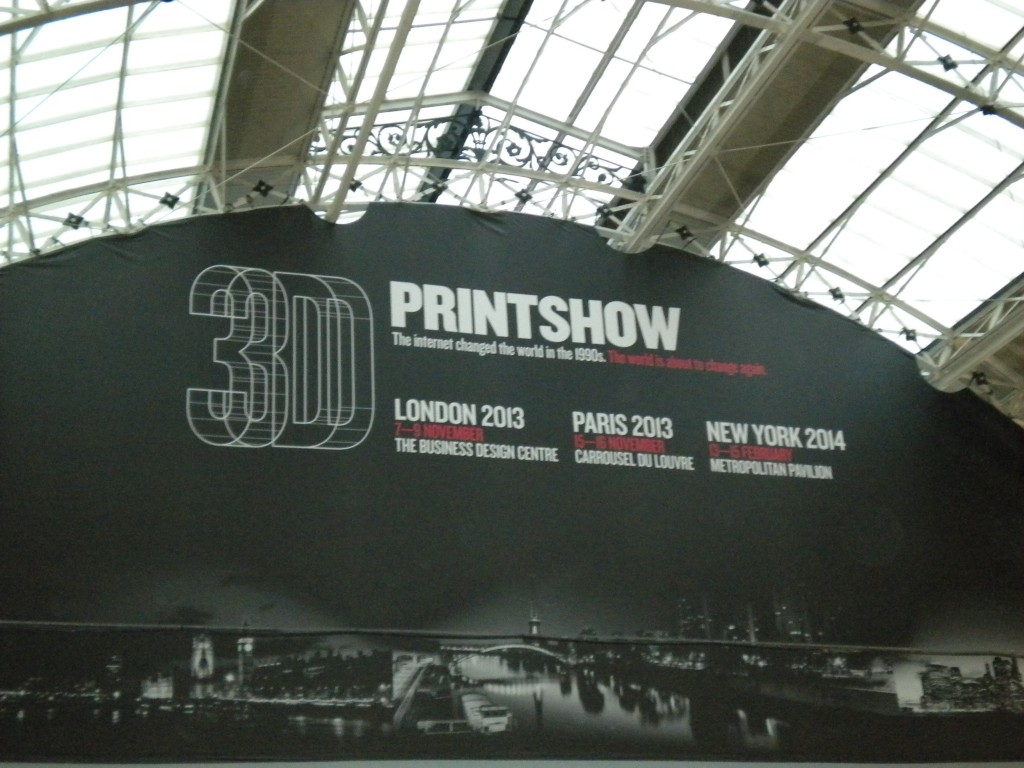 The show this year was easily double the size of what it was last year, and the feel about the place was very different. 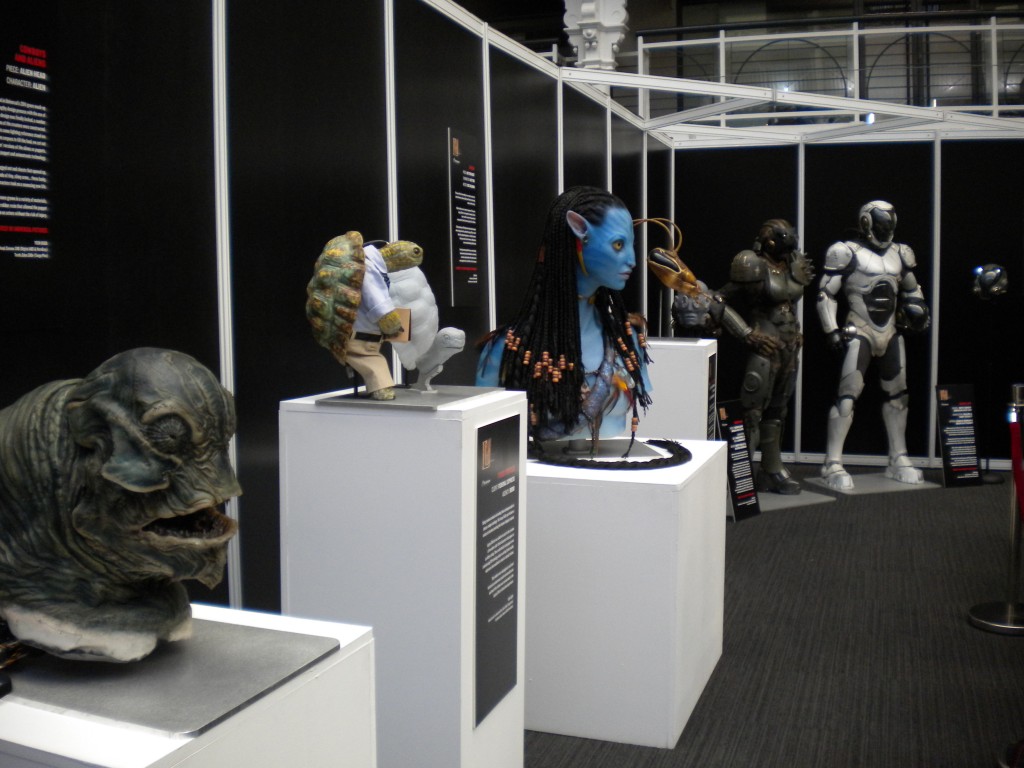 You could clearly feel the changes which have happened in the marketplace since last year’s show. Several newspapers have vigorously extolled the virtues of 3D printing as the next big thing, and it has genuinely trended with support from the Design Museum, the Science Museum, and numerous writers and pundits. All this buzz has amounted to a spectacular PR campaign for the entire industry, and therefore the first and most obvious change from last year was how none of the businesses needed to look for ways to reach the market any more. Instead, the show seemed to feature a variety of businesses trying to figure out how they were going to fit into the newly exploded market.

I saw a few clear trends this year:

A new wave of support services has appeared to to help both 3D modellers and 3D printer owners who did not have the business or production savvy themselves. Companies such as 3Dhubs were offering to provide social community to connect 3D printer owners with those wishing to capitalise on their equipment. Likewise, Sculpteo was offering a “white label” manufacturing service to back up 3D designers. And Stilnest offered a showcase for 3D printing based craftsmen (or as they call themselves “design hackers”) to showcase and sell their work via the Internet.

The Shortest Route From 3D Scanner To 3D Printer

Another interesting trend was how this proliferation of 3D printers seems to have spawned an explosion in demand for 3D printed content. In an attempt to answer this, several developers had each come up with their own versions of direct mesh reworking tools, all seemingly for the purpose of helping those with 3D scanners but no CAD skills to have an easier time manipulating existing meshes, allowing them to create new content for 3D printers without having to put the time into learning CAD itself. Autodesk’s own Meshmixer was a free to download example of this, and Uformia’s Meshup is a more complex paid version. 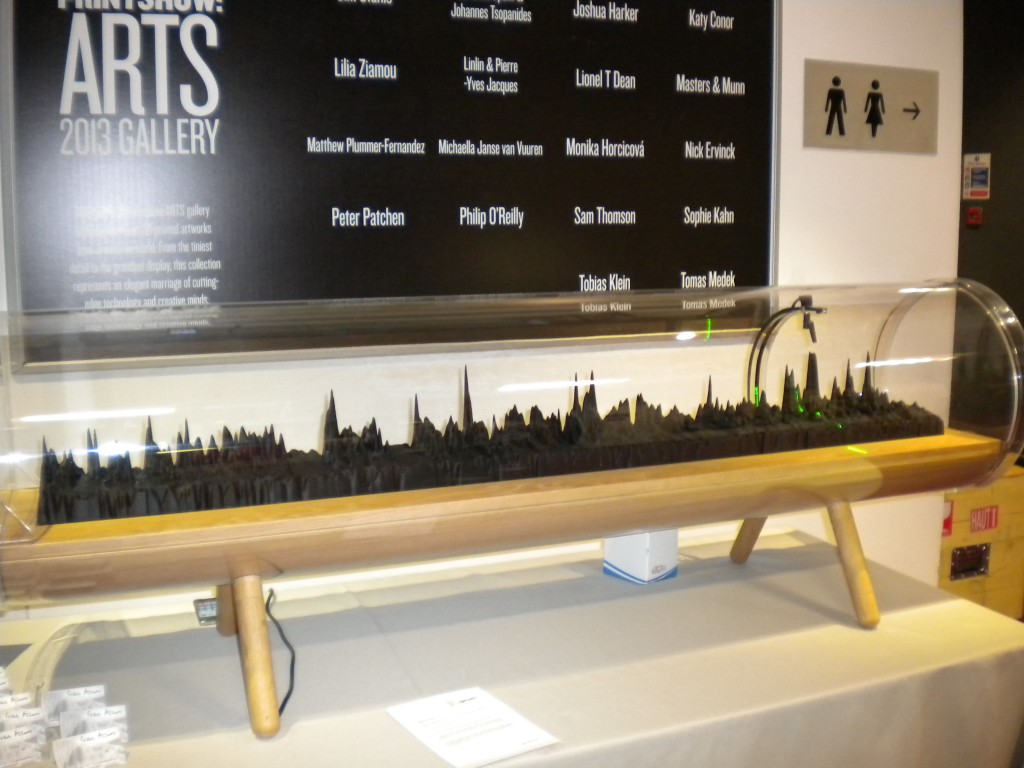 Within the 3D printed art exhibition section, there was a definite trend towards using scans of internal organs and human tissue as the basis of fine art sculpture, with, I’m ashamed to say, predictably unpleasant results. The standout exception from the art section Gilles Azzaro’s sculpture based on a voice waveform of a speech on technology by Obama. As the scanning laser moved across the surface, the sculpture was read and “played” through a speaker like an old phonograph. 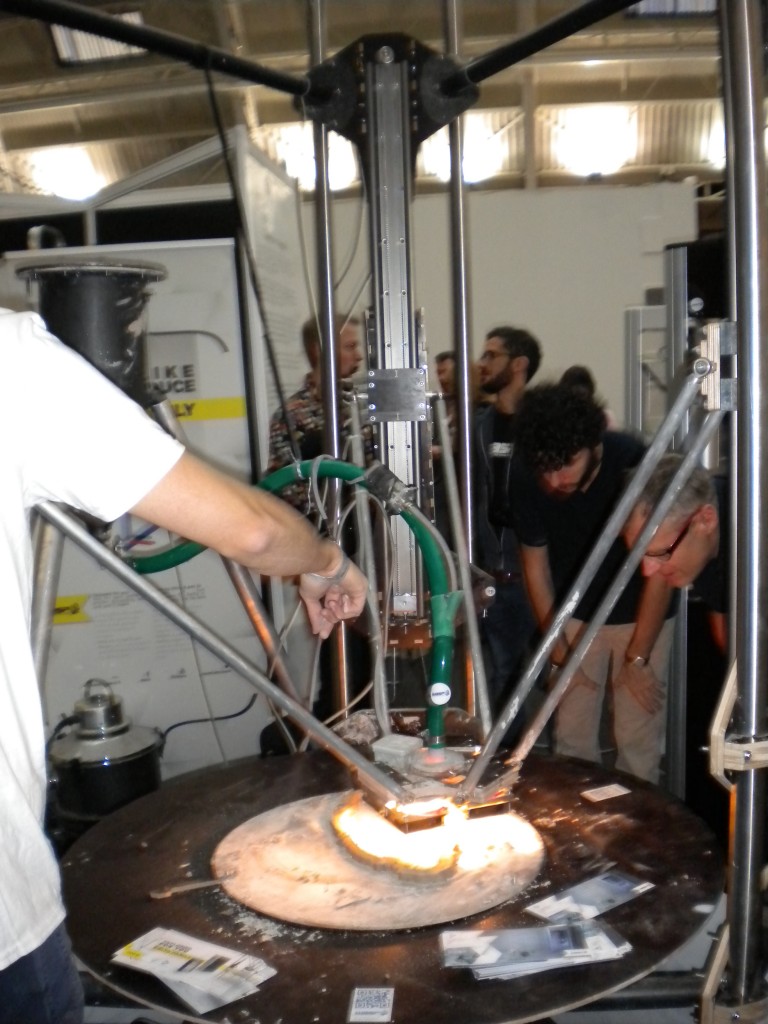 Many different companies seemed to be reaching out to entirely new applications and materials in an effort to find new uses for 3D printing in industry. This has led to a strong trend (at last!) in materials research in many new directions, such as 3D printed clay and 3D printed embedded semiconductors. While the former was on live display at the show and seemed already ready for market (in the form of the Delta Tower 3D printer for heavy ceramics), the latter is likely a year or two away yet from the looks of things.

A Trend In Education

There were several people who talked about the barrier of learning CAD itself, with rumours about American and British universities working to develop national curricula to teach CAD for product design and 3D printing at a younger age.

Given all this activity, it was hard not to get the feeling that there was a growing cluster of users (and developers) who are trying to find ways to liberate 3D printing from its dependency on a CAD designer entirely. It will be interesting to see what happens in this new area of 3D scanned model manipulation tools.

Overall, it is interesting to see what this show has done with the momentum they have achieved from all the previous publicity which has gone into this technology. Whether from a professional or hobbyist perspective, this has become a very lively show indeed.

2 Comments Dispatches From the 2013 3D Printshow