E-lancing is Everywhere – How E-lancing and Crowdsourcing Are Changing How Everyone Hires Services, and How Freelance Design Is Affected

Last week, the Economist published an article about how a whole host of freelance apps and websites have appeared which are each trying to do for their respective fields what Uber and AirBnB have done for taxis and hospitality. It’s an excellent read for discussing the potential advantages as well as the pitfalls of freelancing becoming the new dominant business model. I noticed, however, the article didn’t go into any significant depth on how creative businesses would be affected by this paradigm shift. Since bespoke consumer goods are more in demand than ever, it seems worth considering.

Therefore, based on my own experience running companies as well as working freelance, combined with research into the current state of the market relating to e-lancing websites for creatives, I will offer some thoughts on what will happen to freelance creatives as everyone starts becoming a freelancer, as well as share some of the resources I’ve discovered which are available to freelance craftsmen.

The State of the (Fractured) Job Market

While the Industrial Revolution did bring about the formation of very large manufacturing companies, it does seem when it comes down to designers, artists, and craftsmen, the Industrial Revolution seems to have passed by their business model almost entirely. There are some exceptions in the way of large advertising agencies, architecture firms, and industrial engineering firms, but by and large craftsmen have been doing what they’ve been doing since the era of Medieval guilds.

That is to say, craftsmen have always been their own business, with their work based upon specialist skills, and with most companies featuring very few employees and only a few able to sustain seldom the kinds of customer facing or strategic job roles you’d see in larger companies. The closest most of these manufacturers get to a sales, marketing, or human resources role has been when they work with a larger retail company.

That doesn’t mean the Information Age hasn’t drastically affected how craftsmen work or how they get clients. Three major models for sourcing freelance creative designers (or their work) have appeared in the past few years: 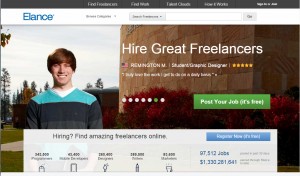 These sites attempt to connect freelance specialists with people who are looking for freelance help. Examples would include: upwork.com, and guru.com. 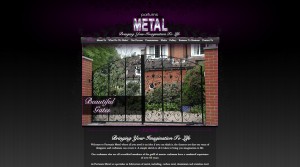 These sites work as a kind of design competition, where clients ask for a design to be made based on their brief, several designers make a prototype, and the client picks and pays for the best design.

Successful versions of this model include 99designs.co.uk and designcrowd.com

An alternative model of crowdsourcing would be the jewellery design competitions such as Mejuri. 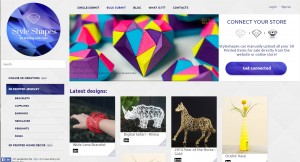 These are descended from the old stock CAD model libraries popular among computer animators. Rather than
pitching to a client, a CAD model marketplace offers a craftsman’s own original work as 3D models for either download and limited use, or for direct 3D printing and manufacturing.

Improvements This Will Bring – The Good News

Each of the above sites provides a way for designers to reach a much wider market with their work. Given how busy most craftsmen are with the actual processes of design and manufacturing, any tools which can make life easier for them to connect to customers are welcome, particularly if (as they do in this case) they provide some semblance of a middle-man to manage some of the more sticky issues of trust and customer service. Indeed, many of these websites are set up in such a way as to walk designers through some basic good practices in customer follow up and delivery.

Also, in addition to benefitting customers with easy access to services, there are business apps and websites offering services such as human resources, accounting, and legal advisory. For an independent freelancer, these services can mean their business is supported in a way which would have previously only happened with a much larger company.

One obvious problem to all of these sites is based upon the sheer weight of numbers of people on the site. Paradoxically, the more popular the site, the more designers are already on there, many of them competing for the same business. While this is certainly nothing new to the creative market, the sheer numbers of people on some freelance sites can be quite daunting compared to more local markets (for example, Upwork.com has more than 2 million freelancers on its books, and Guru.com has over 400,000 freelancers).

Another problem comes down to the structure of some sites. With some crowdsourcing websites, you don’t get paid for your work unless you’re chosen as the winning design. While that may work for graphic design, it’s hard to see that working for craftsmen.

Similarly, 3D CAD Model Marketplaces are akin to setting up a store where people can purchase your models online to be used by themselves for limited license or 3D Printed on demand. This is a good (albeit untested) way of getting your work seen by the general public, but it may not be the fastest way to make money based upon your original work.

Finally, as mentioned in the Economist article, freedom of working arrangements is usually achieved in exchange for job security and benefits. However, that has always been true of craftsmen and freelance creatives anyway.

As freelancing becomes an increasingly common way of working in all manner of fields, I suspect this will have one more potentially positive effect on the work life of creatives. It seems logical that when more and more people start working under freelance arrangements, they will come to understand more clearly the pitfalls and issues of being a freelance worker (such as the unreliability of clients, the importance of carefully worded terms and conditions, and the pain of not being paid on time). As a consequence of this, I predict those who work freelance will likely be more sympathetic and patient with freelance craftsmen, thus making them easier clients to work with.