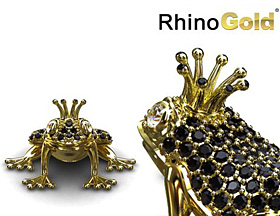 On this Tuesday the 29 January TDM Solutions hosted it’s RhinoGold version 4 launch event at the Goldsmiths Centre, debuting several new features in the software, as well as the new subdivision modelling plug-in Clayoo.

With this new version, it seems RhinoGold has finally matured into its own distinctive workflow, separate from Rhino itself or competitor programs such as Matrix or 3Design. The automated jewellery tools suite works better than ever, and now for the first time, offers the capability of editing the functions after they have been completed. Combined with Rhino 5‘s new Spaceclaim-esque parametric capabilities, this makes these tools more efficient than ever. 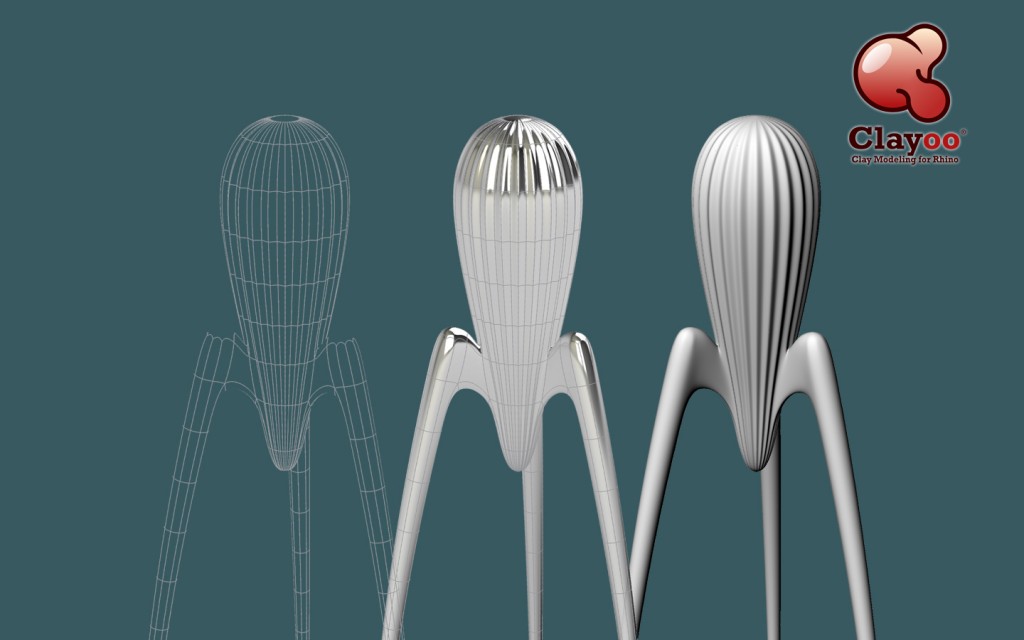 Also with the new version comes an entirely new subdivision modeller called Clayoo. This modelling tool is 100% fully integrated into RhinoGold, making the transition back and forth between this tool and Rhino’s NURBS workflow rather easy. While as of today it is missing a few of T-Splines features (such as radial symmetry), Clayoo’s unique ability to jump back and forth between Subdivision surface and NURBS makes it an excellent addition to RhinoGold, as well as competitive with Matrix and T-Splines.

Which raises the question: “Which is better for users? Matrix or RhinoGold?” It’s interesting to note how different countries have favoured different tools. While Matrix is American in origin and RhinoGold is Spanish in origin, America at the present time seems to favour RhinoGold.

There are also a few specific features where RhinoGold’s tools end up being more flexible or even unique: Support Sprus for milling, Braided Rope builder, Drag and Drop Materials, Text on Curve, Surface Inset/Outset, Meshing for RP, Raster Image to Vector.

While RhinoGold does not include any rendering tools with it, it has been designed to accommodate all the various rendering plug-ins for Rhino, even importing its own jewellery material libraries into that particular rendering tool. While this means it hasn’t been as heavily adjusted and refined as Matrix’ embedded rendering suite, it offers more flexibility for the user to do this themselves.

Finally, even though RhinoGold’s costs have gone up since version 3, the cost of Rhino, RhinoGold, and a Rendering plug-in are still much less than Matrix. RhinoGold with Rhino and Brazil would cost (as of this article’s publication) approximately £1800 whereas Matrix costs £4995 plus training.

Overall, this newest version makes RhinoGold a reasonable solution for jewellery designers who want industry specific tools for as low a cost as possible.