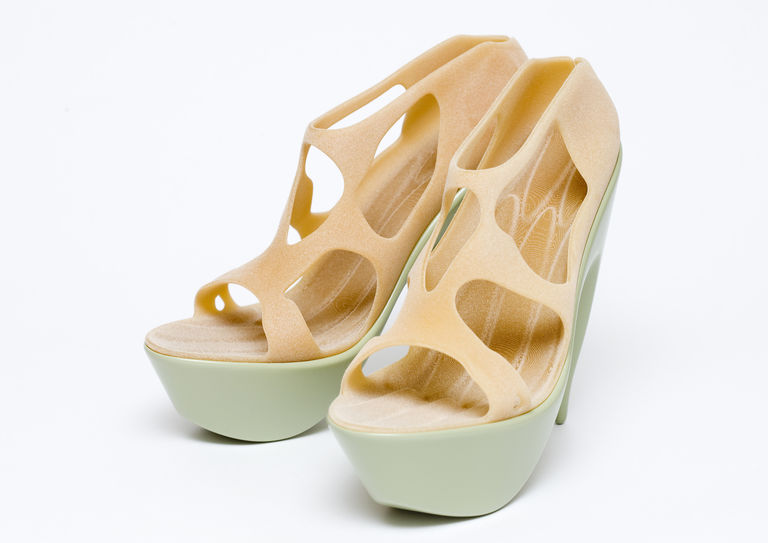 exhibition on 3D printing and its uses in fashion and accessory design called Layer By Layer. It was scheduled to end on the 18th of May, but they have extended its run until the 1st of June 2013. I paid the gallery a visit on Saturday. Here are my thoughts:

What It Was About

An rapid prototyping consultant I know wrote on his blog recently about how one of the biggest concerns holding back rapid prototyping from becoming rapid manufacturing has been the inability of 3D printing machines to be able to make effective enough replicas of existing industrial materials. My colleague argues, however, that this is a wrong-headed approach to 3D printing. Rather than trying to perfectly imitate old materials (which may not ever happen), we should be embracing the properties of the new materials which can be produced with 3D printing, and finding the most suitable applications for these materials on their own merits. The Layer By Layer exhibition showcased fashion and accessory designers who for the past three years have been aiming to do precisely that.

The strongest representation there, and the most convincing cases made for practicality in using directly 3D printed objects for day to day use, were a selection of shoe designers. Victoria Spruce has produced a line of high heels out of hard nylon which are then hand polished and finished using traditional methods. Hoon Chung has made brilliant use of the EOS 3D printing machine’s ability to directly print objects out of two separate materials. The upper part of his shoe is a soft rubbery material while the bottom is hard plastic. By using this type of machine, there was no need of glue in assembly.

Another strong case for practical use was Ron Arad’s PQ Eyewear designs, a series of sunglasses made entirely out of a single piece of flexible plastic. 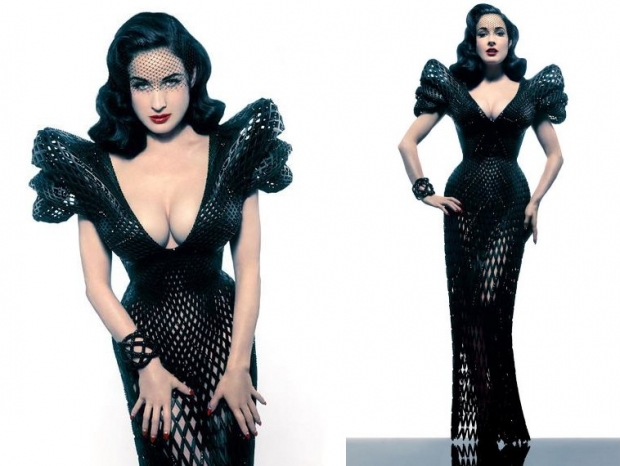 There were also some very interesting examples of making rapid prototyped fabrics. While 3D printed fashion has been done successfully for haute couture (particularly, as they mentioned, by Iris Van Herpen), and Dita Von Teese did wear a 3D printed dress to an award event earlier this year, this seems to be a harder sell than the accessories on show, and I
believe the materials used by 3D printing machines have a ways to go yet before they can replace textiles, leather, or rubber convincingly. 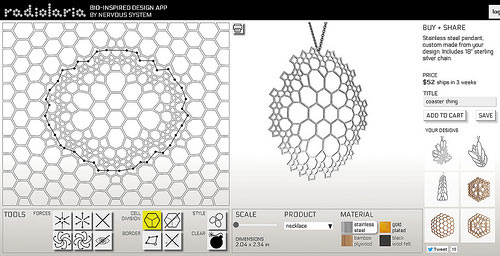 Shapeways and i.materialise were mentioned many times for their involvement in both contributing to this exhibition and producing the pieces for the fashion and accessory designers.

One of the things I did like about the show was how informative and clear they were about what’s happening on the bleeding edge of this technology as its being used in fashion.

On the wall beside the entrance, they provided easy definitions and descriptions of terms used in 3D printing, but even this wasn’t terribly necessary. The descriptions provided just the right amount of technical jargon mixed with clear description.

The show itself was rather small, but what can you expect from a free exhibition?

Overall, this exhibition makes for a nicely succinct show of the state of the art in 3D printing as it is being applied to fashion and accessorydesign, and I would certainly recommend it to any newcomers to the field. To the curators at LCF: More surprises like this please!